Chu Shijian, the former chairman of Hongta Group (a key subsidiary of China Tobacco Yunnan Industrial Co., Ltd.) and Yuxi Hongta Tobacco (Group) Co., Ltd., passed away at the age of 91 on March 5, 2019.

The news went viral on the Internet in China. Many people remembered the life of this legendary man, who began to cultivate oranges and became wildly successful in his 70s. However, this story will focus on the great course of his life during 1979 and 1994. During these 15 years, Mr. Chucreated Hongtashan, a renowned Chinese cigarette brand, leading to Yuxi Cigarette Factory ranking first in Asia and joining the ranks of the world’s largest modern tobacco companies.

How did Chu Shijian do it? Let’s take a look back in time.

When he first became head of Yuxi Cigarette Factory, it was a tired, old Chinese state-owned factory in which factionalism was taken very seriously, the decision-making process was slow, and execution was very poor. In terms of the products, there were many brands, but all fell into the middle and lower grades, leading to product homogenization. In terms of production, it was a semi-mechanized workshop operation. In terms of mentality, factory workers were sluggish and lazy.

Faced with such a factory, one may imagine how Chu Shijian felt –“in fear”, of course. But, he worked out solutions and direction for his work, rather than being intimidated by this fear.

He initiated a series of reforms after he took over as manager of Yuxi Cigarette Factory, among which the most important was a technical improvement and raw material guarantee.

In the mid-1980s, China still implemented a planned economic system. Therefore, cigarette manufacturers had no power to apply for foreign equipment themselves but had to wait for the State Tobacco Monopoly Administration (STMA)to allocate purchasing indicators and then the local foreign exchange department would allocate foreign exchange for it. Then, the purchase indicator was assigned to China Tobacco Guizhou Industrial Co., Ltd.

At that time the Guizhou Cigarette Factory was a famous factory which produced the well-known cigarette brands such as Yunwu Mountain and Huaxi. The State Administration of Foreign Exchange also agreed to grant foreign exchange indicators for Guizhou province. At that time, the equipment was priced at US$27 million (based on the exchange rate then, this was equal to about RMB70 million). However, the Guizhou Cigarette Factory decided to give this up.

The indicator was therefore transferred to Yunnan province. The tobacco department of the province first sought the opinions of Kunming Cigarette Factory, which was not interested in it. Chu Shijian, on the other hand, was very much interested in the opportunity. But, the executive of Yuxi Cigarette Factory had to first convince several deputy managers who felt that it was too risky.

To purchase the equipment, all the assets of the factory would need to be mortgaged. Yet, Chu Shijian had made up his mind. He worked out a purchase scheme with the deputy managers in the car on the way to Kunming and went on to persuade the provincial economic commission and the provincial planning commission.

Thus, Yuxi Cigarette Factory became the only factory in China in the late 1980s set up with the world’s first-class cigarette equipment, which could automatically produce filtered cigarettes.

Chu Shijian had long attached great significance to technology. He started to renovate the production line after he took over the factory. He imported 85 sets of cigarette machines and two production lines from Britain, Japan, and the Netherlands, which were in line with the international criteria in the 1970s, albeit not the most advanced ones in the world.

Thanks to the improvement of its technical capabilities, Yuxi Cigarette Factory quickly entered the ranks of China’s first-line cigarette factories. 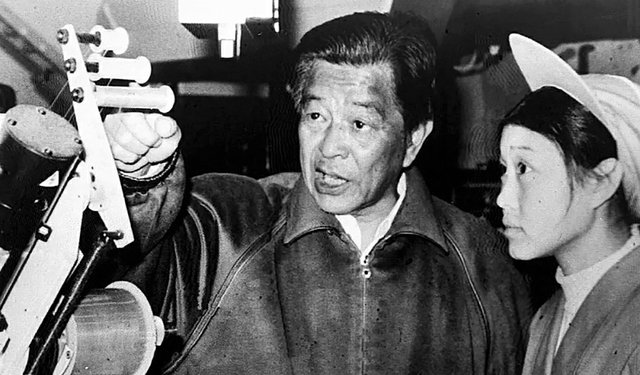 Creating the tobacco fields, the first workshops for enterprise production

In 1984, Chu Shijian invited Dr. Zuo Tianjue, who served as the tobacco expert at the US Department of Agriculture and returned to China more than 100 times to guide agricultural production, to improve Yuxi’s crop planting

Yuxi was home to gold leaf, and it began to produce a variety of tobacco leaves in the late Qing Dynasty. In 1914, British American Tobacco had already entered this city. In 1953, Yuxi tobacco leaves, known as “yellow chicken oil”, participated in the National Tobacco Conference held in Xuchang, Henan province, and gained a high score of 108. Since then, it became a representative variety of Yunyan.

However, when Chu Shijian took over the factory in 1981, Yuxi tobacco leaves could not compete with those in foreign markets. Despite the introduction of many different advanced equipment, the quality of cigarettes produced was still flawed—the tobacco leaves were not fragrant enough and the taste was not strong enough. So, the issues drove Chun Shijian to turn his attention to the tobacco fields.

In August 1984, Chu Shijian and Zuo Tianjue came to Tonghai county, Yuxi. Although the Tonghai tobacco fields were outstanding, Dr. Zuo immediately discovered the issues – improper use of fertilizer (only 40% of the quantity which was used in the US) resulting in insufficient nutrition of tobacco leaves; late planting of tobacco seedlings resulting in poor growth of tobacco leaves in such a short growing period; and too early picking leading to tobacco leaves that were not mature enough.

Chu Shijian thought that Zuo Tianjue found the key to high-quality Chinese tobacco leaves. He felt that there were two issues to be solved in order to change the quality of the crop production: First was lack of funds, because the transformation of tobacco fields relied on the transformation of the water source, and it also needed expensive fertilizers at the time. Secondly, the technology used was not up to standard.

To counter these two issues, Chu Shijian proposed a plan: Yuxi Cigarette Factory would provide funds and fertilizers and help farmers build reservoirs and water pipes to completely renovate the tobacco fields on one condition – that all tobacco leaves must be sold to Yuxi Cigarette Factory.

This was the origin of the concept that “tobacco fields served as the first workshops for the production of manufacturers” that was later highly praised. This reform brought not only the improvement in’ the quality of tobacco leaves but more importantly, the entire Tonghai county first farmed out more than 1,700 mu (113.39 hectares) of tobacco fields as the base of Yuxi Cigarette Factory.

In 1985, the quality of the middle and upper-grade tobacco leaves produced in the test fields of Tonghai county accounted for more than 91%, which was consistent with international levels. Chu Shijian had achieved an important step towards success. 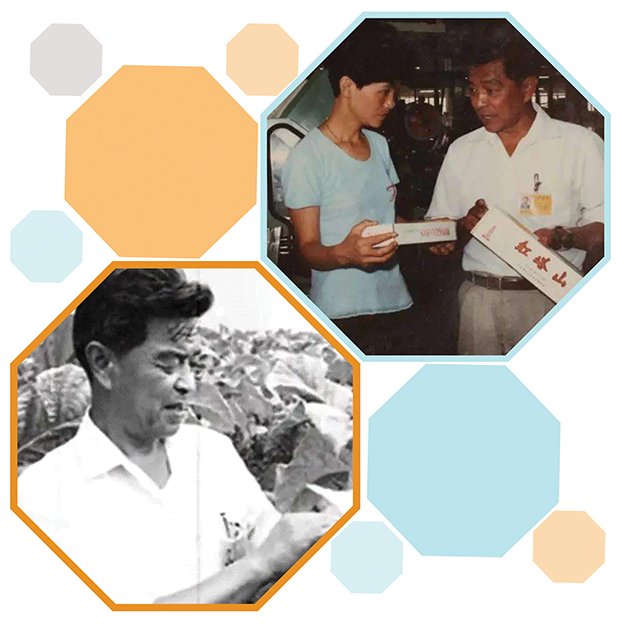 A hands-on approach and forward thinking led to great changes

Chu Shijian proposed to build a workshop in the tobacco field, which seemed to be a very deviant idea then because according to the established deployment, the tobacco fields belonged to the tobacco company system, parallel with tobacco factories.

In today’s Tonghai county, people no longer grow tobacco, and dense tobacco stations only appear in the villages near the mountains. In these tobacco-planting villages, there are a number of reservoirs, many of which are the products of Chu Shijian’s era, including sprinklers that extend into the tobacco fields, which are still in use. But in fact, these were not the things he was proud of. His great achievement was to put a lot of money into tobacco companies to help farmers buy fertilizers, or build water reservoirs, so that tobacco companies, farmers, and tobacco factories were firmly linked in the same chain.

At that time, the leadership of Tonghai county was in favor of Chu Shijian’s practices. But, when he further promoted it, he met with resolute opposition in the suburbs of Yuxi where he was located. The Tobacco Regulations promulgated in 1983 stipulated that tobacco factories were not allowed to intervene in the purchase and planting of the crop, as this was rather the responsibility of tobacco companies. The most popular phrase at the time was,” Chu Shijian put the bucket of the tobacco factory into the well of the tobacco company to bail water out.”

The county economy unquestionably benefited from the promotion of high-quality tobacco planting. At that time, the leaders of several counties under Yuxi were very supportive. Among them, Qianxi county received nearly RMB200 million in support funds from Yuxi Cigarette Factory for years. These counties grew to be economically strong.

Chu Shijian didn’t stop at this. He thought that the system at that time could not guarantee the maximum benefit of the tobacco factory, because holding the tobacco company and the tobacco factory only meant holding the manufacturing channels, but the circulation channels were still in the hands of the tobacco monopoly administration, which was responsible for sales. The three were completely separated according to the system design. However, since he had merged the former two, he, of course, wanted to merge all the three, a three-in-one that could guarantee maximum benefit.

In 1987, China Tobacco Yunnan approved the plan. At that time Yuxi Cigarette Factory was already a significant local taxpayer with Chu Shijian at the head. The Hongtashan brand started to take off under this three-in-one system. Then, the Golden Doll brand was released. Soon, the national tobacco industry began to implement this management system. This move got rid of the past rigid link control, creating a great impact on the system under the planned economy.

However, Chu Jianjian was imprisoned for economic problems in 1998, and the system was finally terminated. Since then, the manager of a tobacco factory can no longer serve as a director of the Tobacco Monopoly Administration, supposedly because the power partition and sharing system can prevent the breeding of corruption. In 2002, the 74-year-old man was released on bail for medical treatment for severe diabetes.

Chu Jianjian is gone, but from his legendary life, people can see the efforts and progress entrepreneurs have made since China’s reform. Mixed with controversy and mistakes, they have advanced the journey to reform with practical actions, which is worth remembering.